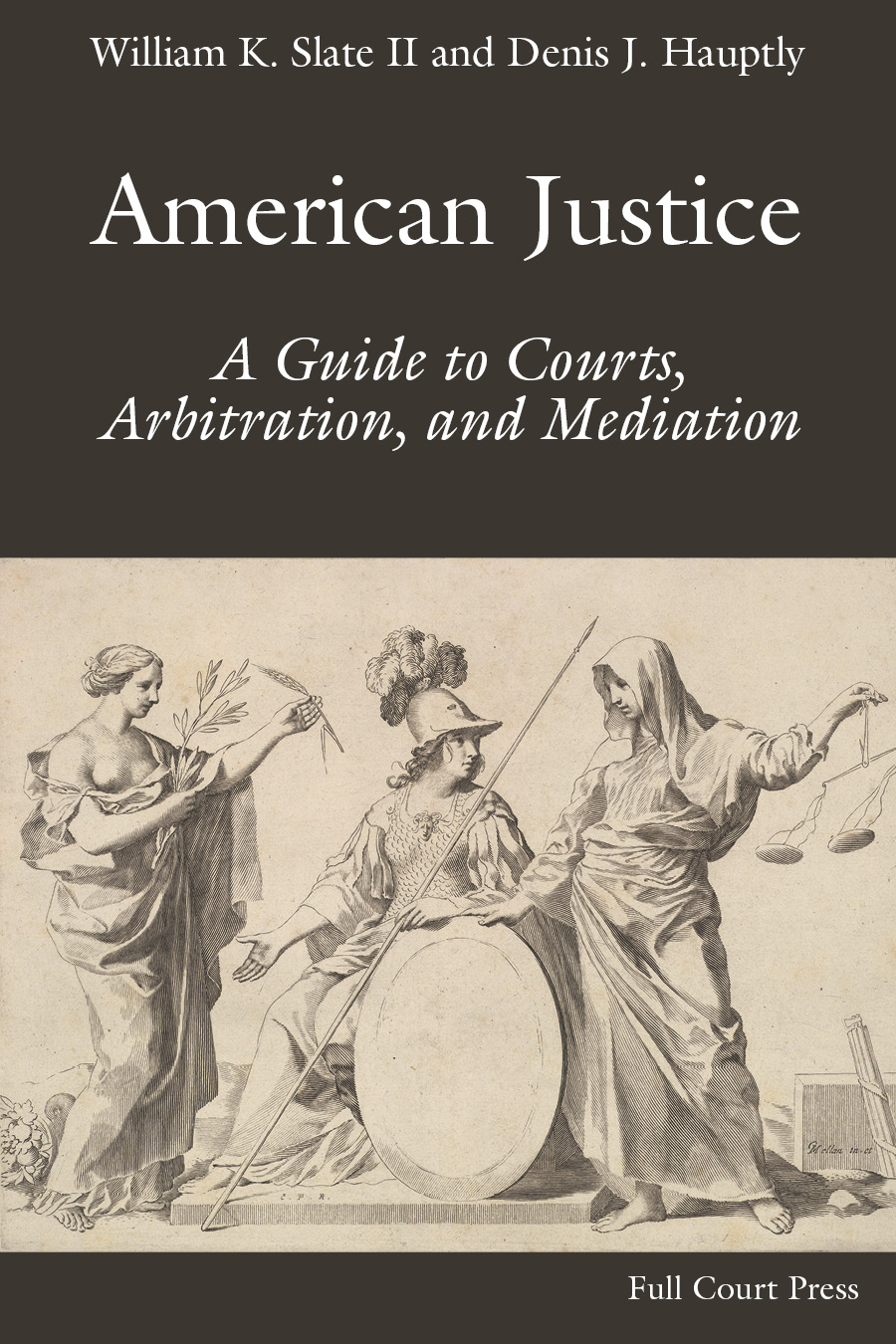 American Justice: A Guide to Courts, Arbitration, and Mediation

In this introductory text on legal process and dispute resolution, William Slate and Denis Hauptly bring their combined well of experience to bear as they guide readers through the basic principles of the American judiciary system, arbitration, and mediation proceedings. A perfect starting point for paralegals and students, American Justice swiftly provides readers with the foundational and historical knowledge necessary to understand how legal disputes are addressed in the United States.

William K. Slate II is the Co-founder, Chairman, and General Counsel for Dispute Resolution Data (recognized by Global Arbitration Review in 2017 as Best Innovation by an Organization). Prior to DRD, Bill led the American Arbitration Association/International Centre for Dispute Resolution for nineteen years. He has served as both an arbitrator and a mediator. For twelve years he was a member of the Arbitration Working Group of the United Nations Commission on International Trade Law (UNCITRAL). He founded CAMCA (the Commercial Arbitration and Mediation Center for the Americas) and has been a Visiting Senior Fellow in Negotiation, Mediation, and Arbitration at Duke University Law School, and a visiting professor at Seton Hall University Law School, University of Richmond Law School, Virginia Union University, and Virginia Commonwealth University. He serves as an elected member of the International Conference for Commercial Arbitration Governing Council. Previously, Mr. Slate was an executive in both federal and state courts in the United States, and was the Director of a seminal study of federal courts in America mandated by the US Congress and reporting to the President, the Chief Justice of the Supreme Court, and the Speaker of the House of Representatives of the US Congress. He is the former Chairman of the Board of the American Management Association, and of Girard College. He was a Poteet Fellow at Wake Forest University and holds a Juris Doctor degree from the University of Richmond Law School, and an MBA degree from the Wharton School of the University of Pennsylvania.

Denis Hauptly is a lawyer and a consultant on innovation. He is currently serving a three-year term as Chairman of the Board of Directors of the American Arbitration Association. He previously served as Chief Innovation Officer at Thomson Reuters Global Resources (Switzerland), Vice President, New Product Development at Thomson West, Vice President for Content at Thomson Global Resources, and Vice President, Technology Product Development at Thomson West, where he led the design and development of westlaw.com and managed the expansion of the Westlaw platform into the United Kingdom, Canada, Germany, and Australia as well as supporting the extension of the platform into tax information. Prior to joining Thomson Reuters in 1994, Mr. Hauptly served in a variety of management and strategy positions in the federal courts and the United States Department of Justice, including service as law clerk to Judge John Kilkenny of the Ninth Circuit, Senior Attorney in the Justice Department’s Office of Policy and Planning, Senior Staff Attorney of the First Circuit, Reporter to the Federal Courts Study Commission, and Director of Judicial Education at the Federal Judicial Center. He is the author of five books, including Something Really New: Three Simple Steps to Creating Truly Innovative Products (AMACOM, 2007). His books have been translated into Chinese and Korean and were nominated for an America Library Association Notable Book award, and he is the recipient of the Benjamin Franklin Award for Best Writing on the Constitution. A native of New Jersey, he is a graduate of St. Michael’s College with a degree in American Studies and has a law degree from the University of Notre Dame. 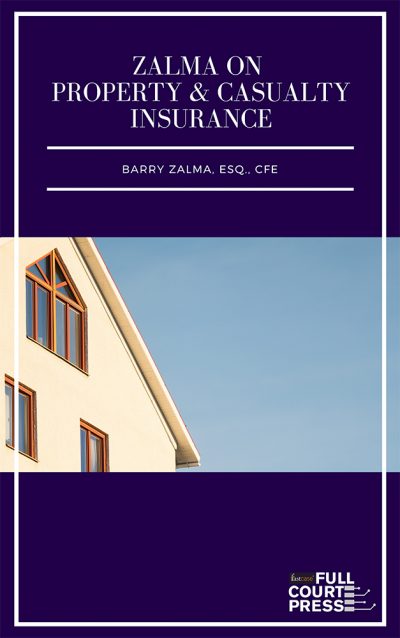 Zalma on Property and Casualty Insurance 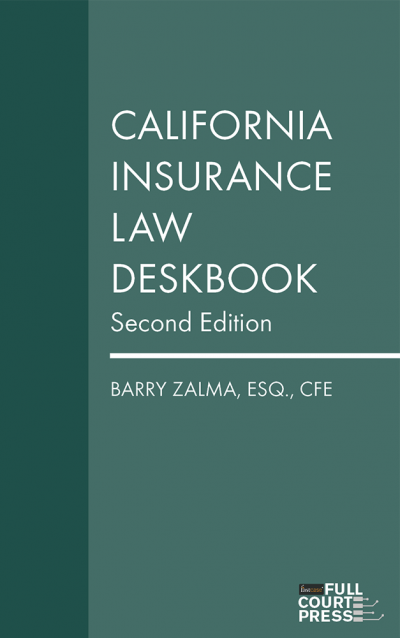 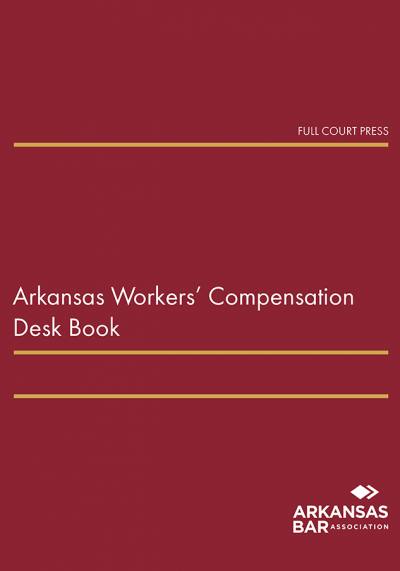