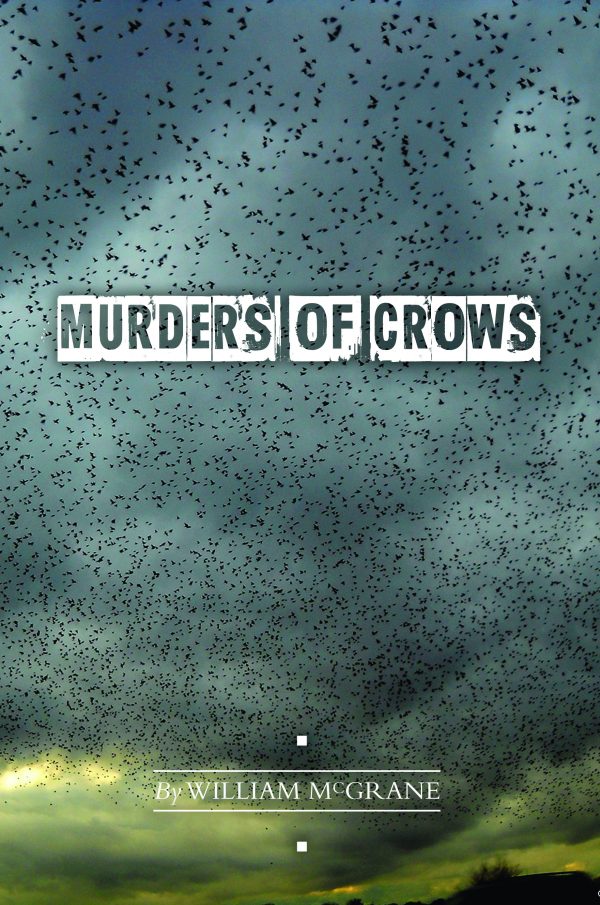 Three complete thriller novels in one from San Francisco litigator William McGrane. Enjoy a free digital download of the Murders of Crows series, including Judged, Bad Law, and Book of Business.

Judged – Vietnam vet and uber litigator John Cotta’s legal career ends once taking on a federal judge leads to very unexpected consequences. A story of how the elite meet defeat when they hit concrete as Big Law rolls into 21st Century America.

Bad Law – From Oscar Wilde to Thomas Wolfe to Jack Kerouac the roman à clef has been a sturdy literary tradition. In Bad Law, Will Nathan takes the genre to new territory in his second novel populated by the thinly-veiled icons of the local Bar and judiciary. With a cast of characters to rival War and Peace, Nathan runs the gamut from delicious lampoon to brutal assault, as he mercilessly sketches many of the characters he has encountered in several decades of white-shoe business law and civil litigation. The central character, a towering sociopath who personifies the late-millennial Gold Rush mentality that took hold at one of the City’s oldest and best-established firms, leading to its downfall, is presented in a relentlessly scathing portrait of hubris run amok.

Book of Business – It’s the summer of 1994, and Gus Bondoc is going under. One of the best civil-defense lawyers in San Francisco, he’s survived by sheer cunning and strict control. But when everything goes wrong at once – when a jury hits his biggest client with a $12 million penalty just after an entry-level employee helps a foreign government wrest $16 million from the most dangerous man he’s ever worked for and then sets out to seduce him – Bondoc falls back on his worst instincts and the wrong people. With his business and his life at risk, with plenty of enemies and few friends, he begins the grim process of preserving himself at all costs. A raw portrait of the dark side of high-stakes civil-law practice, Book of Business is a frightening look at a shadowy world that many imagine but only true insiders ever see.